ProVeg International is one of more than 90 organisations who have co-signed an open letter urging the 50 countries that eat the most meat to raise prices for meat and dairy and reduce prices for fruit and vegetables. The open letter has been co-signed by organisations representing over 5,000 companies, investors, banks, farmers, and youth and food organisations in 100 countries, as well as by NGOs working on issues around animal welfare, climate, environment, nature, and public health. The letter will be presented to world leaders at the United Nations Food Systems Summit in New York on 23 September, ahead of the United Nations Climate Change Summit (COP26) in Glasgow in November.

The letter follows in the wake of the IPCC's recent report describing the climate crisis as a “code red” alert. The campaign, launched by the True Animal Protein Price Coalition (TAPP), calls upon country leaders to introduce or raise taxes on meat and dairy in order to reduce consumption, thus lowering greenhouse gas emissions (GHGs). The list of signatories can be read here: https://futurefoodprice.org/signatories and includes YOUNGO (the Youth Constituency of the UNFCCC), Ecopreneur (comprised of 3,000 European companies), Triodos Bank, the European Vegetarian Union, and 50by40.org, a global network of 60 organisations with a mission to reduce meat consumption by 50% by 2040. In the UK, youth activists are calling on the government to impose charges on producers of carbon emissions in order to tackle the climate crisis. Meat and dairy production emits far more GHGs than the equivalent amount of plant-based food – a study in Germany last year found that meat should cost about two and a half times more than it currently does, based on its impact on the environment.

Jasmijn de Boo, Vice President, ProVeg International, commented: “We are now more educated about single-use plastic, fossil fuels, and many other environmentally disastrous practices. The carbon pricing of food represents a similar shift in awareness, and would help to tackle both the climate crisis and the global health crisis. There are no good arguments against it.” Jeroom Remmers, director of TAPP Coalition added: “Lower levels of animal-protein consumption will not only improve national public health in most countries, and thus reduce health costs, but will simultaneously reduce global greenhouse gas emissions and the loss of biodiversity. If global meat and dairy consumption remain at their current levels, and even increase, it will be impossible to keep global temperatures from rising to dangerous levels.” The TAPP Coalition wants “fair prices and taxes in order to make the production and consumption of meat and dairy more sustainable".

While governments such as New Zealand’s, for example, had previously ruled out meat- or dairy-specific taxes, they recently ruled that meat and dairy farmers would have to pay for their GHG emissions by 2025. Other countries such as Germany and the Netherlands are considering taxes on meat at supermarket level, using tax revenues to support farmers. In 2011, Spain increased the VAT rate on meat to 10% while reducing the rate on vegetables and fruits to 4%. Non-profit organisations, companies, and cities that would like to sign the open letter can send their logos to info@tappcoalitie.nl. You can read and share the open letter at futurefoodprice.org A media kit in eight languages with graphics, visuals and content is available here.

ProVeg International works with decision-making bodies, governments, food producers, investors, the media, and the general public to help the world transition to a society and economy that are less dependent on animal agriculture and more sustainable for humans, animals, and our planet. The charity has permanent observer status with the UNFCCC, is accredited for UNEA, and has received the United Nations’ Momentum for Change Award.

The True Animal Protein Price Coalition, is a new international organization in Amsterdam, founded in 2018, that is committed to policy advocacy for paying the 'real' price of food, including the costs for the environment, health and animal welfare, starting with meat and dairy. The TAPP Coalition strives for a food system with highest 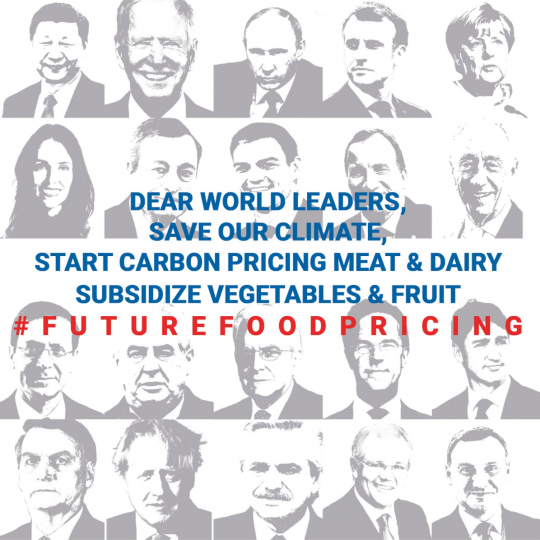 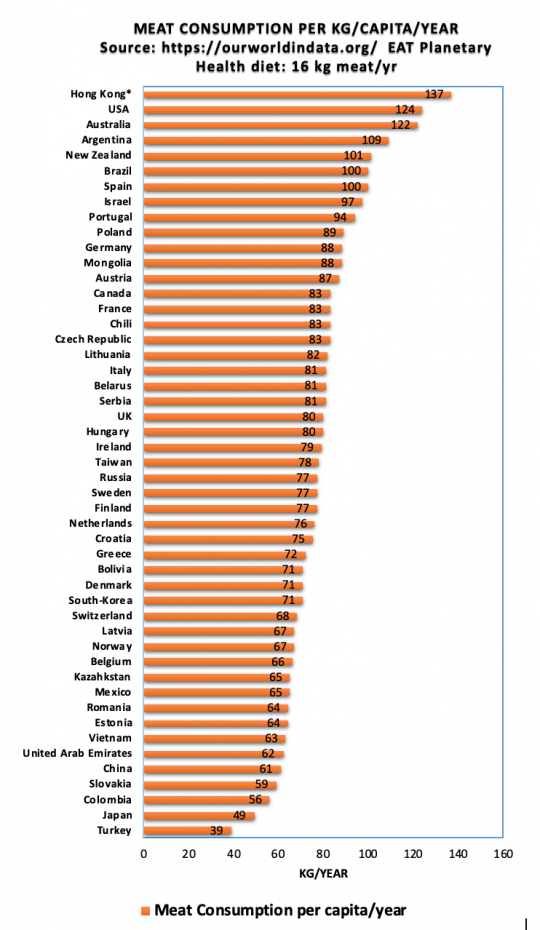